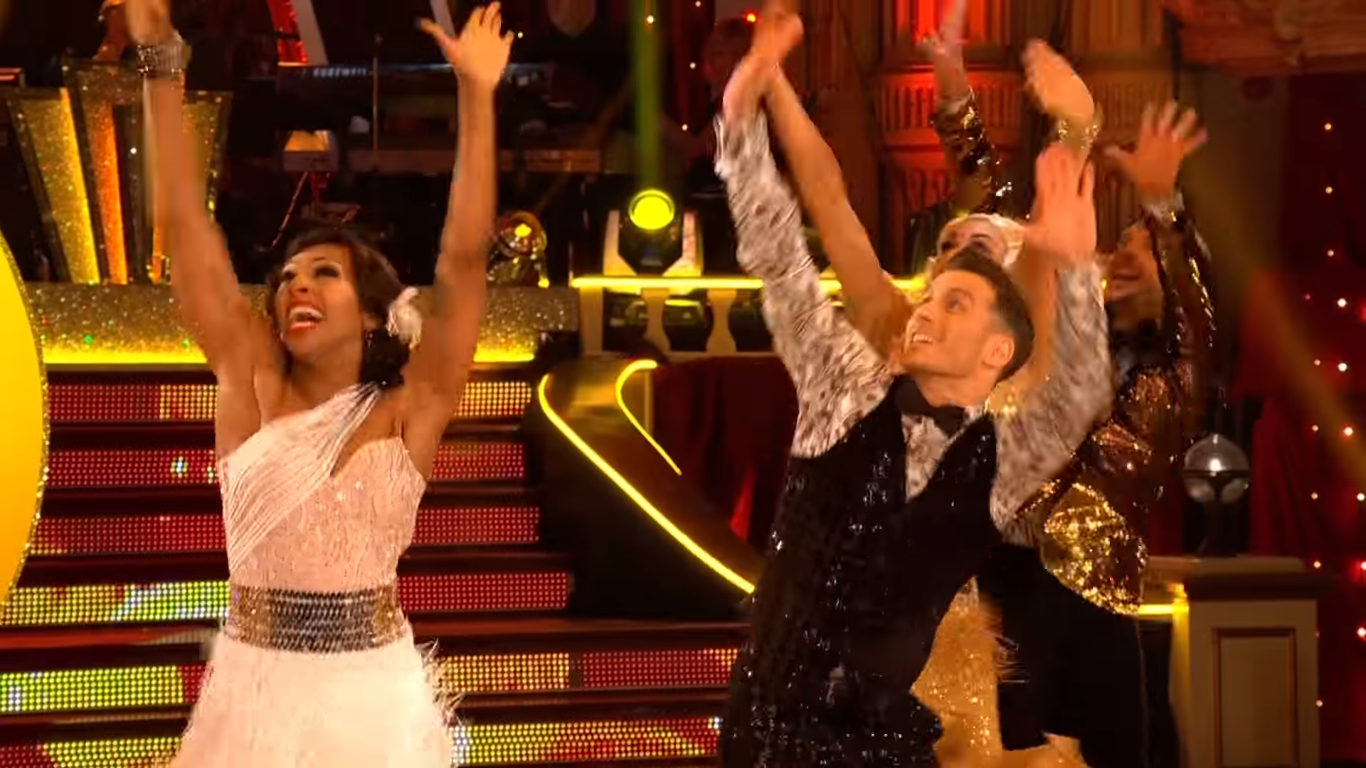 This weekend, Strictly Come Dancing took its annual trip to the Tower Ballroom in Blackpool. And as such, it continued many of Strictly’s Blackpool traditions, like a seagull gag, unnecessary backing dancers, and, of course, shoving a camera in the faces of Blackpool’s residents and forcing them to say how much they love the show.

Last week finished with an expected result as Ruth Langsford and Jonnie Peacock faced each other in the dance off. Unsurprisingly, Jonnie was unanimously saved by the judges, bringing Ruth’s Strictly journey to an end. Oh well, at least we’ll always have that paso doble to remember her by.

Blackpool is usually when the celebs brings their A-game, but this year it seems that not everyone got that memo. Susan Calman’s paso doble looked quite stompy, and lacked good shaping, and although we loved the concept for Jonnie’s tango, he didn’t quite get the technique.

Related: Why Judge Rinder is wrong about Strictly and same-sex dancing couples

Mollie King delivered one of her better performances of recent weeks, it didn’t do it for us. If she didn’t have the swivel in it, it easily could have passed for an entirely different dance style. Also, as much as we wanted to love Debbie McGee’s Spice Girls themed samba, again her moves didn’t sell it for us – we do however have to bring attention to the fact that the Spice Girls have announced they’re reforming!!

But for all of our criticisms, it’s impossible to not get caught up in the party mood. We loved the dances, the extravagant set pieces, and all of the celebrities who popped up. Come on Graham Norton, you know we all want you on the show.

Gemma’s had a few off weeks recently, but this performance has well and truly cemented her place in the competition. Plenty of fluid movements, and a great posture made her the epitome of class.

The last time Gemma attempted lifts, they went horribly wrong – although we have since learnt that she was nursing an injury – but this time she made them all look effortless. She’s also taken on board criticisms of her head placement, further showcasing her improvements over the weeks.

Related: 10 of the hottest Strictly professionals to have ever chased the Glitterball

One of our main criticisms of Blackpool week is the backing dancers, and thankfully in this dance, they were firmly in the background, and we able to put all of our attention on Gemma, and her beautiful dancing skills.

Alexandra is no stranger to this list, and with moves like hers, why would she be? Alexandra has consistently delivered performances that make the one to beat, and this week was no different.

She and Gorka had great speed and amazing synchronicity. The charleston section at the start of the dance was executed perfectly, but if we’re honest, we would have preferred it to have gotten into the actual quickstep quicker. But when the quickstep began, it was spectacular. In fact, our only criticism was how the camera angles kept trying to get in all of the backing dancers. Sorry, but Alexandra and Gorka should be where our attention is drawn to.

We’ve recently learnt from Alexandra that Gorka has a habit of taking his top off in the training room. Well, if that’s the case, does anyone know where we can apply to watch the duo train – for strictly journalistic reasons, of course.

At the start of the series, we thought that Davood would be exiting the competition at around this time. He had some moves going, but there didn’t seem to be any sign of improvement. But recent weeks have seen him deliver strong performance after strong performance, and after this dance, we think he might be able to make the final.

Davood gave us the last paso doble of the series – unless someone dances theirs again in the final – and he gave the dance a lot of attack. His moves were all incredibly powerful, and he really captured the feel of the dance. His knee changes and his lunge at the end were executed perfectly.

Although this was a James Bond-inspired routine, it might have been nice to have seen some flamenco movements, and the storytelling was a little confusing. We still can’t tell if Nadiya was supposed to be the Bond girl, or a villainous seductress.

Strictly’s next live show is next Saturday at 18:50 on BBC One. And if you still need Strictly magic in your life Strictly: It Takes Two will be on every weekday at 6:30 pm on BBC Two, with the Friday show starting at 6:00 pm.