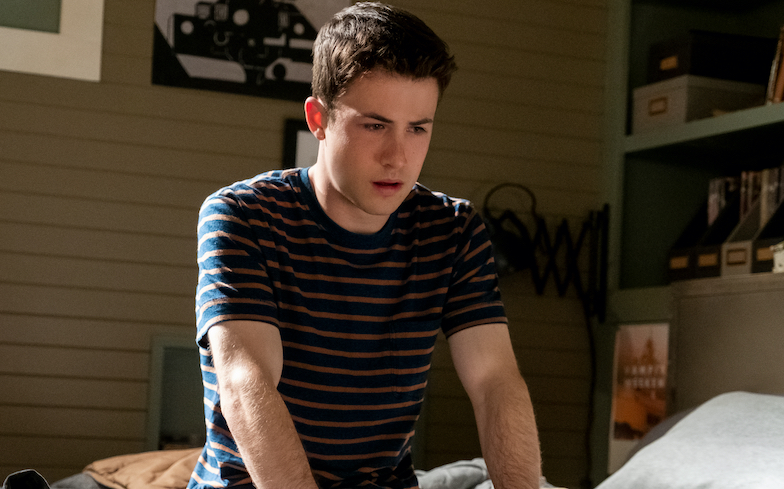 “He and I both felt that it would have the biggest emotional impact on the series.”

Dylan Minnette has defended the controversial AIDS storyline on 13 Reasons Why.

In the fourth and final season of the Netflix teen drama – SPOILERS TO FOLLOW – Brandon Flynn’s fan-favourite character Justin Foley passed away in hospital due to the complications with HIV/AIDS.

His unexpected death resulted in widespread backlash from longtime fans, who criticised the writers as “irresponsible” for failing to highlight that contracting HIV and AIDS is “not a death sentence in 2020.”

In a new interview with Entertainment Weekly, Minnette – who plays series lead Clay Jensen – said he and Flynn lobbied all season for Justin to die because “it would have the biggest emotional impact on the series.”

“I remember all season, Brandon and I were specifically hoping that it would be Justin. We were pushing for it and we would plead to [showrunner Brian Yorkey] making the case of why we feel like it should be him,” he said.

“Of course it’s devastating and tragic and we know that people would love to see him survive, but I think that’s what makes it all the more powerful.

“Obviously it’s the most depressing move the show could make, but I feel like it’s also in line with the show to make that choice in the last episode, to make the most devastating choice.”

Minnette said Justin’s death was “poetic” because of his bond with Clay.

“They’re clearly enemies in season 1, and then it goes all the way to them loving each other more than anyone and becoming brothers and holding his hand on his deathbed,” he explained.

“It’s also the last conversation between Clay and any of the students – it’s in Clay’s head, but the college essay scene. It feels like the perfect bookend because the finale feels like the story of Justin, and the first episode did because he was the first tape.

“I feel like it was a strong choice to make, and as devastating as it is, I am so happy that Brian ended up making the decision to do it because it just felt right.”

All four seasons of 13 Reasons Why are available to stream right now on Netflix.