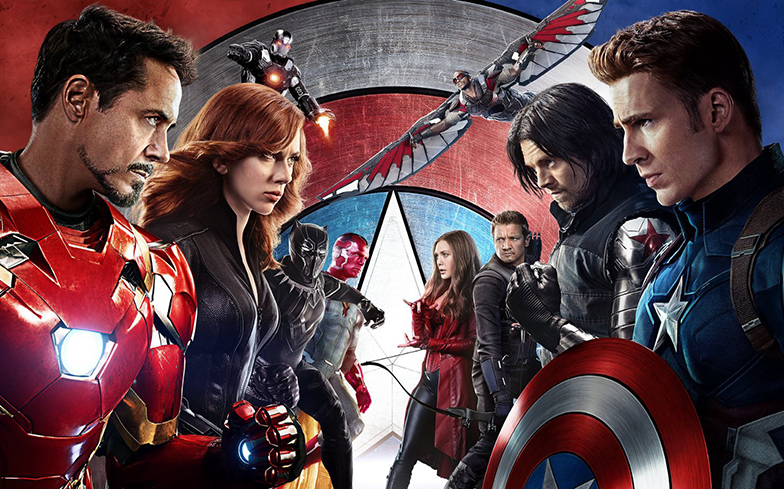 It’s time for some LGBTQ representation in the MCU.

We love the Marvel Cinematic Universe. We’ve seen all 21 feature films, the Netflix series (justice for Daredevil!), Agents of Shield – even Inhumans – but there’s no denying that the MCU is still massively lacking in representation.

The studio’s first black superhero led his own movie last year to widespread acclaim and box office galore, while their first female-led adventure, Captain Marvel, saw massive success after its release last weekend (it’s on its way to being the biggest film of the year).

So, yeah, strides are being made. Slowly, but it’s happening.

However, when it comes to LGBTQ representation, the MCU has a long way to go. There’s been minor LGBTQ characters on TV, including Jeri Hogarth in Jessica Jones and Joey Gutierrez in Agents of Shield, but zero representation on the big screen. Oh, and Korg and Valkyrie don’t count…

Here, we’ve compiled a list of 13 LGBTQ characters from Marvel comics that we’d love to receive their own live-action adventure, whether it’s for the Netflix series, or their own mainstream blockbuster.

See below, and let us know if you agree/disagree with our picks in the comments! One of the first openly gay superheroes in American comics, Northstar is a mutant with the ability to travel at superhuman speed, fly, and project photonic energy blasts. His wedding to Kyle Jinadu in Astonishing X-Men #51 (June 2012) was the first same-sex wedding in mainstream comics. Imagine seeing that on the big screen? The long-lost sister of Thor, Angela is an immortal Asgardian angel and bounty hunter with powers of superhuman speed, agility, strength and flight. She is also a master at hand-to-hand combat, and has beaten Thor in battle. After she saved her best friend and beloved, Sera, from Hel in her original series, they became romantically involved.

Sera is a former warrior of Heven and best friend/lover of Angela. A capable fighter, she has enhanced durability, stamina, invulnerability, super strength, and is a master magician. Her character is notable as being one of the first trans women of colour in a mainstream comic. We’d LOVE to see Angela and Sera become the first lesbian super couple of the Marvel Cinematic Universe. Moondragon is an openly bisexual martial artist, geneticist and telepath, best known for her affiliation with the Guardians of the Galaxy. In the comics, she’s had relationships with Daredevil, Thor, Marlo Chandler and Phyla-Vell. She’s also the daughter of Drax the Destroyer. In the MCU, she is thought (along with her mother) to have been killed by the intergalactic titan, Thanos, but we wouldn’t rule out a dramatic comeback… We’ve already seen a live-action version of Iceman on the big screen, memorably played by Shawn Ashmore in the X-Men film series. But that wasn’t the MCU as 20th Century Fox currently have the rights. But if the MCU ever does get access to the character, we’d love to see him receive a solo reboot – and trust us when we say there’s plenty of material to explore. Last year, his solo series featured Bobby Drake coming to terms with his homosexuality while fighting some of the biggest villains in Marvel comics. America Chavez has the notable distinction of becoming Marvel’s first Latin-American LGBTQ character. She boasts powers of superhuman strength, durability, flight, speed, and can summon interdimensional portals to travel through the multiverse and various other realities. If you’ve seen Avengers: Infinity War, you’d understand why she’d be a perfect fit for the sequel… Regularly referred to as “Marvel’s most prominent gay couple”, Hulking and Wiccan have received praise for their positive portrayal of homosexuality and diversity. Hulkling – a Kree/Skrull hybrid – possesses shapeshifting abilities and super strength. His partner, Wiccan, has the ability to warp reality, as well as teleportation, astral projection and telekinesis. If Young Avengers is ever adapted into a movie, we could see Hulking and Wiccan becoming the superhero equivalent of Simon and Blue from Love, Simon. Injected with the same super strength serum as Captain America and The Winter Soldier, the Destroyer has peak human speed, stamina, strength, durability, reflexes, etc, all that. His relationship with Brian Falsworth, the second Union Jack, made them the first gay characters in Marvel. Members of the Dora Milaje, Aneka and Ayo are two fierce, outspoken warriors who become Wakanda’s supreme lesbian power-couple. This romance was almost put to screen in Black Panther this year, between Ayo and the head of the Dora Milaje, Okoye, but the scene was deleted, leading to widespread backlash among Marvel fans. Hopefully we can see this relationship explored in further sequels. Yes, we know, he’s already received his own critically-acclaimed solo adventure (with a sequel out this May) not set in the Marvel Cinematic Universe, but what if he crossed over? There’s been talks of the X-Men merging with the MCU for some time (if Disney actually manage to acquire the rights somehow), and in the comics, Deadpool has tried it on with many A-List superheroes such as Thor and Spider-Man. Imagine Ryan Reynolds flirting with Chris Hemsworth and Tom Holland? Ooh honey! The son of Wolverine, Daken has been recognised as one of the sexiest male characters in the comics. With a similar skill-set to his father, and a history of male and female relationships, Daken would be a spicy addition to the Marvel Cinematic Universe.