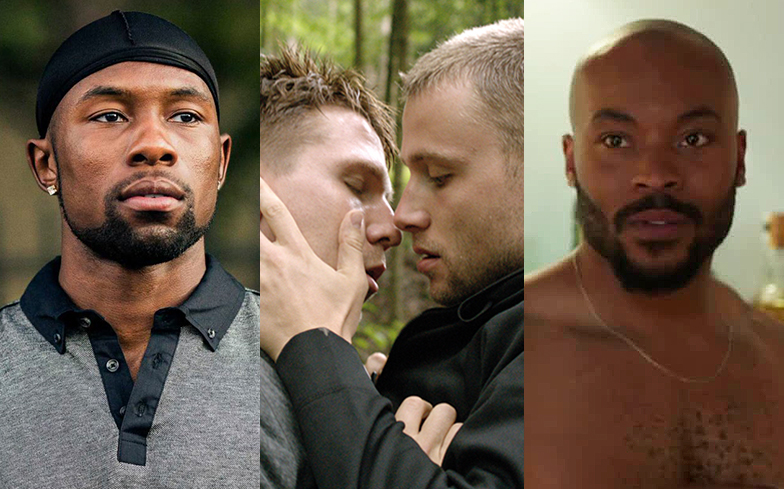 Can’t get enough of Call Me By Your Name? You’ll love these too…

Recent years have seen a boom in queer films, with big screen outings like Love, Simon and Call Me By Your Name receiving widespread attention and acclaim, but there’s plenty more you may have missed from the past few decades.

From the groundbreaking 1985 release My Beautiful Laundrette, to 2007’s surfer bro drama Shelter, to 2015’s lesbian romance Carol – which was one of the best-reviewed films of the year – these are the films Call Me By Your Name fans need to see.

British actor Harris Dickinson plays aimless youth Frankie, who struggles to escape his bleak home life as he navigates sexuality and balances friendships, a potential new girlfriend, and the older men he meets online. Eliza Hittman, who helmed the movie, won the award for Best Director in the US Dramatic Features category at Sundance. Ang Lee’s celebrated same-sex romance Brokeback Mountain starred Jake Gyllenhaal and the late Heath Ledger as cowboy lovers in the American West in the ’60s. The film became a critical and commercial success when it was released in 2005, and went on to win three Oscars including Best Director and Best Adapted Screenplay. Directed by Stephan Lacant, the 2013 German drama Free Fall follows police officer Marc (Koffler) as he embarks on a passionate affair with fellow officer Kay (Riemelt) after they meet on a training course, leaving him torn between his heavily pregnant girlfriend Bettina (Schüttler) and his new male love interest. Expect plenty of angst, internal conflict and kissing in the rain. This tear-jerking drama brings Timothy Conigrave’s acclaimed 1995 memoir to the screen. It follows Timothy (Corr) and John (Stott) who fall in love in 1970s Australia, and chronicles their beautiful – but heartbreaking – 15 year relationship. Like we said, it’s a tear-jerker, so make sure you’re stacked up on tissues. Set in early 20th century, Maurice follows the title character (Wilby) and his time at Cambridge, where he falls in love with fellow student, the wealthy Clive Durham (Grant). The two embark on a passionate but complicated love affair in secret, due to Clive’s high status in society and Maurice’s struggles with his sexuality. When it was released back in 1987, it received universal acclaim from critics for its character development and for releasing it during the height of the 1980s AIDS crisis. Moonlight is a queer coming-of-age tale that charts the life of a disenfranchised African-American man in poverty-stricken Miami. It has received widespread critical acclaim since its release – especially for its inclusion of queer men of colour – and was rewarded for its brilliance with three Oscars back in 2017. Before Joseph Gordon-Levitt was a household name in the movie industry, he starred in this coming-of-age drama as a pre-adolescent schoolboy who is being sexually abused by his baseball coach (Sage). He eventually ventures into male prostitution, while his friend – who was abused by the same teacher – becomes obsessed with aliens. While it received controversy at the time for its themes of sexual assault and pedophilia, it’s continued to receive positive reviews for its portrayal of the longterm effects of sexual abuse on boys. Starring Russell Tovey and Arinzé Kene, this film follows the story of a closeted Premier League Footballer, and presents three very different nights over a 10 year period. On the night before his first big international game, Jason (Tovey) shares an unexpected kiss with team-mate Ade (Kene) amid pre-match tensions, and the emotional repercussions have an impact on the lives of both men across the next decade. Before he worked on queer HBO series Looking, director Andrew Haigh helmed British romantic drama Weekend, which followed two men (Cullen, New) who meet and begin a short-but-sweet sexual relationship the weekend before one of them leaves the country. The film received universal acclaim after its release in 2011, largely for its realistic and documentary-like portrayal of a same-sex relationship.