120 Beats Per Minute: A moving portrayal of a community galvanising during a crisis – review 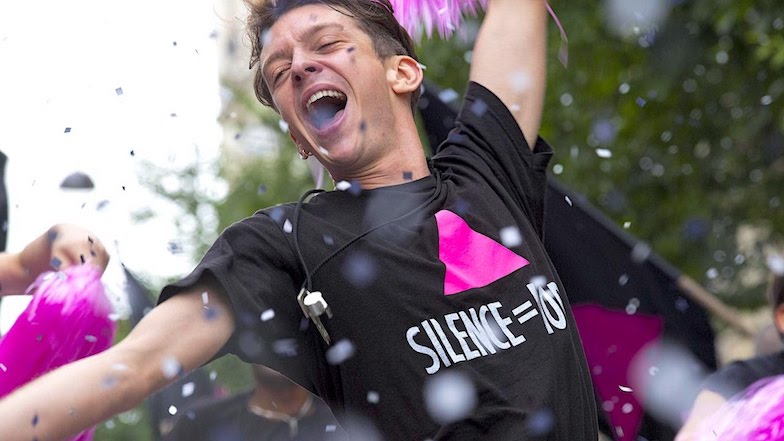 Paris, the early 1990s. The public have been decidedly uneducated by the government about HIV and AIDS, creating an attitude of indifference, suspicion and fear.

Ignored by the government and drug makers who had largely seen it as a ‘homosexual disease’, we are introduced to activists from ACT UP (AIDS Coalition to Unleash Power) who crash a government AIDS conference, launching balloons full of what appears to be blood at the panellists and handcuffing one of the speakers to the stage. This is intercut with flashbacks to the planning of the protest and a flash forwards to the next weekly meeting, where the bloody actions are passionately defended and critiqued.

ACT UP was an offshoot of the advocacy group founded in New York in 1987 as a response to inaction on the AIDS crisis, working to impact the lives of people with AIDS and to bring about legislation, medical research, treatment, and policies to ultimately bring an end to the disease by mitigating the loss of health and lives.

ACT UP is a chaotic democracy where we get to meet a rich array of characters including meeting coordinators Sophie (Adèle Haenel) and Thibault (Antoine Reinartz), Hélène (Catherine Vinatier) and her teenage haemophiliac son, Marco (Théophile Ray); the group’s brewer of fake blood. They later storm the offices of a pharmaceutical giant who is denying them access to medical trials and results, spattering walls with fake blood and later hold a demonstration at a local school, passing out information and condoms to kids.

Related: Daniela Vega will be the first openly transgender person to present at the Oscars

It isn’t until around a third of the way into 120 Beats Per Minute that the focus shifts and the protagonists emerge in the form of new recruit Nathan (Arnaud Valois); tall, handsome, shy, and initially mistrusted for being HIV- negative, and Sean (Nahuel Pérez Biscayart), who is wry, relentless and angry – HIV positive for years and so ferociously full of life and fight. The developing relationship between these two young men is the melancholic beating heart of the film, with their dedication to the cause igniting them.

This is an intensely personal film as both director Robin Campillo and co-writer Philippe Mangeot were members of ACT UP at the time the film is set. The superb ensemble cast’s performances thrive in Robin’s naturalistic style, and cinematographer Jeanne Lapoirie’s handheld camera provides a beautifully raw cinéma vérité style to the impassioned meetings, protests, marches and club scenes.

As 120 Beats Per Minute inches towards a quietly devastating ending that director Robin never lets veer into tear-jerker melodrama, death and the effects of the disease are handled in a stoic manner with a straightforward tenderness. Robin’s charismatic characters are constantly bickering in that way that friends and family do, but they are always there for each other when it counts (“We don’t like each other, but we’re friends.”).

Awarded the prestigious Grand Prix at the 2017 Cannes Film Festival, it was also selected as the French entry for the Best Foreign Language Film at the 90th Academy Awards – where it was sadly not shortlisted. Almost a companion to David France’s powerful documentary How to Survive a Plague, 120 Beats Per Minute is an unflinching, often exhilarating and ultimately moving portrayal of a community galvanising during a crisis.