10 underrated queer albums you need to listen to 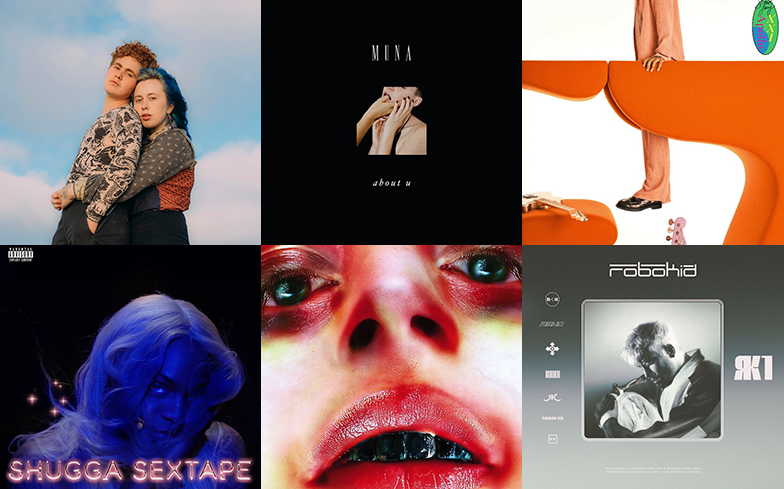 Get your ‘New Music’ playlist at the ready.

These artists are making their own mark on the queer music scene and simply are not appreciated enough.

We’ve selected ten artists and their underrated albums or EPs, along with the best tracks that you need to add to your favourite playlists right now. Volume up!

Angel Haze – Back to the Woods In an interview with The Evening Standard, Angel Haze described themselves as “an experience” rather than a gender and isn’t bothered about which pronouns they’re assigned. They represent the black, agender and pansexual communities which is extremely important to many, especially young, people that conform to those identities. Haze has collaborated with big names such as Rudimental and Nick Jonas, and has a strong discography of solo work. Critics responded to her powerful 2015 album, Back to the Woods, with high acclaim, and it’s certainly an album to play loud when you’ve got a temper on. With an incredible back catalogue of her own discography and production work for other artists, Arca certainly stands out as an icon of creative visuals and music. However, this music is not for the faint-hearted, but certainly worth a listen for the emotion that is clearly put into the work. Comfortable with pronouns it and she, the artist is a totally gender-less human that you can’t help but marvel at. Arca’s performance art seems creatively limitless and she is well known for her shocking, but inspiring live shows. Make sure to check out the music videos for our stand out tracks. Standout tracks: Suck the Blood from My Wound, God Lifts Up the Lowly, Love You So Bad

Furman has had an incredible career so far, yet is still a relatively small name. Known for his mesmerising androgyny, the bisexual musician, along with his various bands, has released eight studio albums and wrote the soundtrack for Netflix original show Sex Education – all by the age of 32. Released this year, Transangelic Exodus is a beautiful concept album that follows Furman escaping with his transangelic lover (someone that believes they were born an angel) and they are on the run from aliens and Nazis (of course, this story is only vaguely based on real-life). The narrative is a metaphor for queer people that feel like they don’t belong. Although the lyrics are sadly relatable to many, the music has a fun vibe that makes for an album that can only be played loudly out of large speakers.

Girlpool – What Chaos is Imaginary California based duo, Girlpool, are Cleo Tucker and Harmony Tividad. Earlier this year they released their third studio album What Chaos is Imaginary. Written and produced by the band themselves, the album is an awesome, laid back listen. The band’s vocals are more harmonious on this record, compared to previous works, since Tucker came out as trans and is taking testosterone. This album is the soundtrack to a quiet evening in your back garden, watching the sun go down. Ian Isiah’s mixtape, Shugga Sextape (Vol. 1), is a starter for the main dish: his album due soon, but no one knows how soon because of Isiah’s focused and relaxed feelings towards releasing music. However, he is certainly one to keep an eye on. Isiah is totally free with his sexual and gender identity which is refreshing from an upcoming artist. With this freedom expressed both through his music and the way he looks, he makes it seem normal to be so exempt of labels. People don’t focus on trying to work out who or what he is, you’re just captivated by his alluring vocals on this work, which has been described as ‘ultimate baby making music’. Standout tracks: I Know a Place, Loudspeaker, End of Desire

LA based, emotive Pop trio MUNA have been a voice for young queer women since the release of their debut album About U in 2017. It’s important for upcoming bands to be openly proud and comfortable with their identity both on and off stage, and MUNA are certainly that. A single from the album I Know A Place is a queer anthem, released shortly after the attack on nightclub Pulsein Orlando in 2016. The song reminds the LGBTQ community that there are safe spaces, and you don’t need to be afraid. If you’re queer, you’ve probably heard of the underground label PC Music, and it’s ever-growing number of musical counterparts. One emerging queer artist within the PC scene is Robokid. He released his first mixtape this year and it’s an impressive project that gets you up on your feet for a boogie. He’s just finished his Rk1 tour, but keep an eye out for DJ sets and new releases.

Shea Diamond – Seen It All Black, trans warrior Shea Diamond has certainly ‘seen it all’ throughout her life and is prepared to break through the music industry and use her platform to inform people of the oppression still faced by black people in the queer community. Her EP, released in 2018, is passionately intimate and the title track Seen It All captivates you. You feel the aggression and desperation in her vocals, and it’s tough to listen at times but this is, certainly, the only way that Diamond will get people to listen.

Gender non-conforming, US artist, Tunde Olaniran, has invaded the contemporary R&B scene with their latest album Stranger. It’s a beautifully smooth album that explores being a queer, black person from a heavily religious background and the struggles that come with that. Musical genius Steve Lacy released his debut solo album in May and it’s certainly one of the best of the year already. At only 21, Lacy has already had an incredible career, working with Kendrick Lamar, Solange and Kali Uchis, as aswell as releasing two studio albums with band The Internet. Be sure to also check out Vampire Weekend’s latest quirky album Father of the Bride, too, which Lacy has credits on. Stand out track on the album Like me is a coming out song for Lacy which states “I only feel energy/I see no gender” and begs “How many out there just like me?”. All of his music deserves a listen, but especially this new LP.