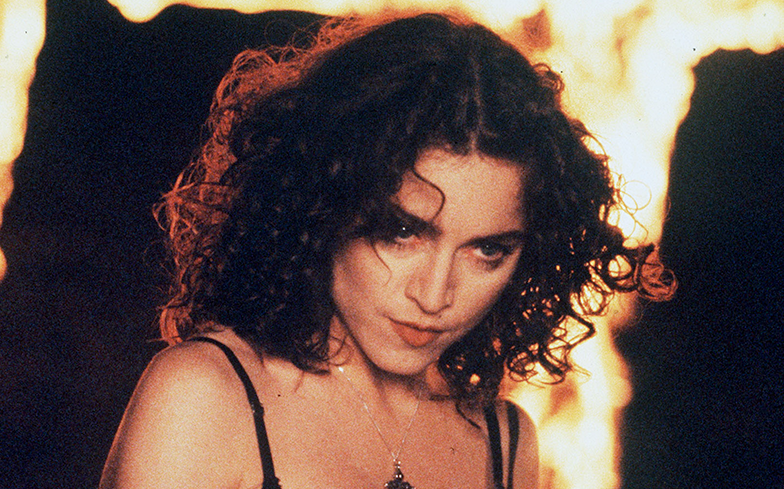 Is Like A Prayer the greatest pop record of all time? As Madonna’s masterpiece turns 30, here are 10 reasons why Barry Bryson thinks so.

1. The opening title track is quite simply the greatest five minutes and 39 seconds of pop ever. It sounded like a game changer then and it still does now.  The video, the Pepsi commercial, the incredible Blond Ambition live performance all add to its legacy but really all you have to do it put it on, close your eyes and let her take you there.

2. Often referred to by Madonna and her co-producer Pat Leonard at the time as the “divorce album” following the end of her marriage to Sean Penn, lyrically on Like a Prayer she delves deep. Till Death Us do Part combines heartbroken acceptance with steely resolve and in the process she created one of her finest songs.

3. This album is essentially what all her live tours came to represent, a journey from darkness into light. It is unflinching and often uncomfortable but punctuated with joy (Cherish) and fantasy (Dear Jessie) as well as empowerment and guts (Express Yourself).

4. It’s an album to listen to in its entirety, you can stream tracks from it yes, but I think you need a full 47 minutes for this. It deserves it.

5. There are no super producers at play on Like a Prayer (Price aside, more of which later) just Madonna, Pat Leonard and Stephen Bray creating something that by today’s standard seems incredibly simple. Vocally most of what is heard on Like a Prayer is first take. It makes it feel spontaneous and emotional and not overly though through meaning it’s her first “real” Madonna record. 6. Issued at the time with every copy of this album was a leaflet called The Facts About Aids, intended to educate but also to de-stigmatise the myths that so much of the 80s were awash with. It seems like nothing now but at the time it was hugely political and potentially damaging to its commercial success.

7. I am married to a man who seriously hates the smell of patchouli but not me. Every sleeve of the vinyl album was scented and 28 years later my original vinyl still carries it thus taking me there once again.

8. Watching Madonna pay tribute to Prince early last year I was struck by what contemporaries they were, far more alike each other than they were the other pop behemoth Michael Jackson. Apparently Madonna and Prince dated, feuded, made-up and fell out again but much more than that is the fact they both fiercely embodied a musical independence and a sexual liberalism and on Like a Prayer you get the greatest non-song ever in the form of their duet Love Song.

A sparse production heavy duel that culminates in Prince pushing Madonna to go vocally hoarse at the end and then it fades off as you imagine them both tired yet happy. In 2015 shortly before his untimely death Madonna sat front row at a small private gig Prince performed. Friends and rivals make the best music.

9. The real pull of Like a Prayer is ultimately its emotional punch. A song like Promise To Try where an adult Madonna talks to the five-year-old bereft Madonna in the aftermath of the death of her mother feels like one of the most honest grief sentiments ever committed to song, but it finishes looking ahead with strength and from the darkness emerges the light. This track alongside Oh Father define this album as something way beyond losing yourself on the dance floor although it is a Madonna record so she’s never one to keep you away from that for too long.

10. Try listening to Keep It Together without grabbing a chair and saying “Hi Hi Hi, Hello love” the Blond Ambition finale was THE moment you knew that Madonna had not only owned the 80’s but was likely to hang on the following decades too and it was right here all along. On record a funky ode to loyalty and love transformed live into the something most female pop stars would spend a career trying to emulate. It hasn’t happened yet.