10 of the best lesbian films of all time 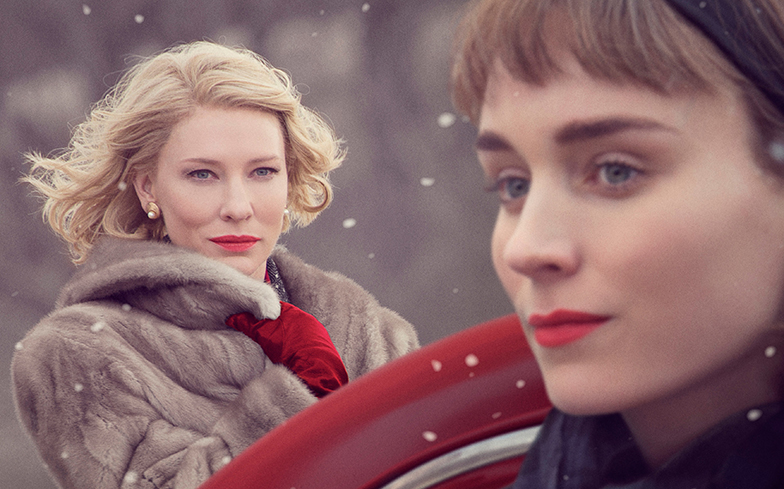 We rounded up ten of the best lesbian films in history.

While male same-sex romances have been slowly making their way to the mainstream (Call Me By Your Name, Love, Simon, Moonlight), lesbian love stories are still massively underrepresented in cinema.

But if you look hard enough, you’ll find that there are some stunning depictions of queer female relationships and stories hidden away, in films such as the critically-acclaimed Blue is the Warmest Colour, the Oscar-nominated Carol and the groundbreaking Kenyan drama Rafiki.

Check out our ten favourites below… After meeting in a gay bar, French teenager Adèle (Exarchopoulos) falls in love with a blue-haired art student called Emma (Seydoux). The critically-acclaimed drama follows their relationship from Adèle’s high school years until her adult life as a school teacher. It received nominations at the Golden Globe Awards and the BAFTAs, and was declared one of the best films of 2013. Orange is the New Black star Natasha Lyonne stars as Megan Bloomfield, a popular high school cheerleader who is shipped off to conversion therapy camp after her parents discover her her lesbianism. The satirical comedy received negative reviews at the time of its release, because of its stereotypical portrayal of gay men and women, but has since developed a cult following in the queer community.

Exploring homosexuality in modern Iran, Circumstance follows the teenage daughter (Boosheri) of a wealthy Iranian family and her relationship with her orphaned best friend (Kazemy). It received universal acclaim from critics – winning the Audience Award at Sundance Film Festival – but was banned in Iran due to the country’s archaic views on homosexuality.

Based on Naomi Alderman’s novel of the same name, the Sebastián Lelio directed drama focuses on the forbidden relationship between between two women from an Orthodox Jewish community. Rachel Weisz stars as Ronit Krushka, a woman who returns to her hometown in London after the death of her father. There, she rekindles her romance with her cousin’s wife Esti Kuperman (Rachel McAdams), after being shunned for the same attraction years prior. Disobedience first premiered at last year’s Toronto Film Festival, receiving rave reviews from critics, earning a 93% approval rating on Rotten Tomatoes. The film is Lelio’s English-language debut. He also directed the acclaimed trans drama, A Fantastic Woman, which has been nominated for Best Foreign Language Film at the Oscars. Set in the early 18th century as England and France are at war, the film follows the life of ailing UK royal Queen Anne (Colman) and her closest friend Lady Sarah (Weisz) who governs the country in her stead. But the arrival of Sarah’s cousin Abigail Masham (Stone), who’s fallen on hard times, promises chaos in the monarchy as the two women begin to fight for their place as Queen Anne’s right-hand woman and companion. Game of Thrones icon Lena Headey stars as Luce, a florist who catches the attention of Rachel (played by Coyote Ugly star Piper Perabo) on her wedding day. The two soon become close friends and form a romantic connection, which causes Rachel to question her marriage. It originally received mixed reviews upon release, but in recent years, Rachel and Luce have been noted as two of the most iconic lesbians in film. Directed by Dee Rees, Pariah tells the story of Alike (Oduye), a 17-year-old African-American teenager who wants to explore her sexuality and to pursue her dreams of finally kissing another girl. After premiering at the Sundance Film Festival in 2011, Pariah won the Excellence in Cinematography Award. Rees went on to direct highly-acclaimed dramas Bessie and Mudbound, the latter of which earned her an Academy Award nomination for Best Adapted Screenplay. Tensions run high when Kena (Samantha Mugatsia) and Ziki (Sheila Munyiva) start a same-sex love affair as they have to hide their affection from the Kenyan locals. Homosexuality is still illegal in the African nation, and when they are caught they are confronted by an angry mob. However, with this film the fictional discrimination on screen shone a harsh spotlight on the reality queer people in Kenya face when the Kenya Film Classification Board banned its release because of its “homosexual theme”. Director Wanuri Kahiu sued the Kenyan government to get the film released so it could be submitted as the country’s entry for the Academy Award for Best Foreign Language Film. The ban was lifted for seven days and went on to sell out cinemas, becoming the second highest-grossing Kenyan film of all time.

In Saving Face, Taiwanese American actress Krusiec stars as Wilhemina Pang, a successful surgeon who is closeted to her mother and friends. When her mother (Joan Chen) is kicked out of her home for being pregnant out of wedlock, she moves in with her daughter and is forced to come to terms with her sexuality.