10 of the best gay inclusive commercials 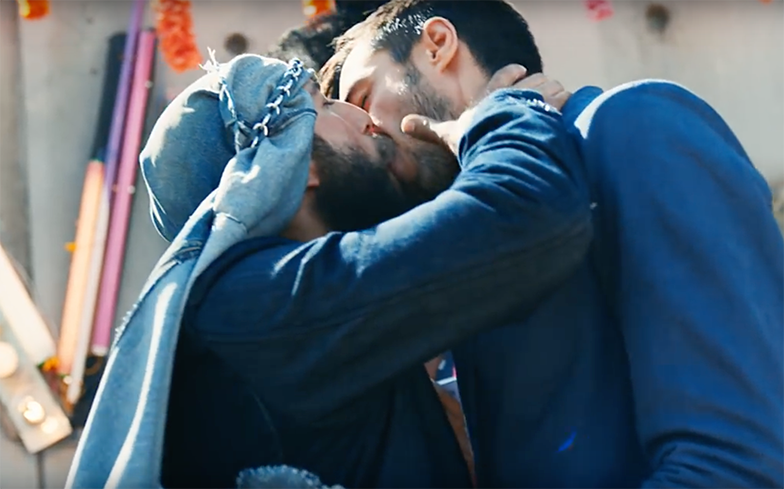 Be prepared to cry.

Commercials have the power to make us laugh, cry and feel empowered. They are short stories, centred around relatable and aspirational characters to help promote a brand. They have become a reflection of our culture, and a projection of the lives we should hope to obtain. As the LGBTQ community continue to gain rights and acceptance, big brands are more and more willing to get on board, making impact in the daily lives of modern perception, opening the doors for LGBTQ community wider and wider.

We’ve made a list of our top ten favourite gay inclusive adverts so far – excluding print adverts and pride initiatives. Be prepared to cry, laugh, and cry some more… We’re not being dramatic. There will be waterworks.

This adorable advert between two gay dads and their child is the representation we’re looking for. Oh, and it includes Star Wars, so, we’re sold.

You never know which way the older generation is gonna go when it comes to the LGBTQ community. Are they gonna hate? Discriminate? Thankfully, a couple’s sexuality doesn’t matter in this Colgate advert, as we witness an older man and his grandson help them move into the building.

Legendary Drag Race queens Adore Delano and Bianca Del Rio star in this hilarious Starbucks advert as “coffee frenemies”. Can we get a sequel please?

This beautiful advert about fathers accepting their son for who they are still gives us the waterworks. There’s a reason why it has 2.8 million views on YouTube.

Absolut Cut’s advert between a mother and son shows them throw hellaaaa shade at each other. He knows she’s banging her chiropractor and she knows he’s gay. Werk!

This hilarious advert sees a brother and sister compete for the affection of their handsome gardener, by racing to deliver him a cool beverage of Coca-Cola. The winner? You’ll be surprised… Oh, and special shout out for their “Wonder of Us” campaign too, for inclusive pronouns.

A father struggles to come to terms with his son’s sexuality in this beautiful, tear-jerker from Kodak. You should’ve seen the waterworks in this office…

What if we treated straight couples like how we treat gay couples on holiday? The tables are turned for a heterosexual couple in this laugh-out-loud advert.

A boy with a crush finds confidence at school with the help of Bench perfume. Unbeknownst to him, his father knows he’s gay, and accepts him for exactly who he is.

It may not be a Gay advert, but it is still the gayest thing we’ve ever seen.

A man returns from war and is greeted by his partner in this heartwarming advert for equal marriage.

An adorable/gorgeous/stunning cockapoo greets his owners – who both happen to be gay men – as they return home in this comforting Christmas ad.

A group of older drag queens expect to be discriminated against when a car of heterosexual men pass them by, looking at them in awe. So, imagine their shock when it doesn’t play out that way…