10 alternative artists to add to your Pride Month playlist

The queer alt scene is here and ready to take over. 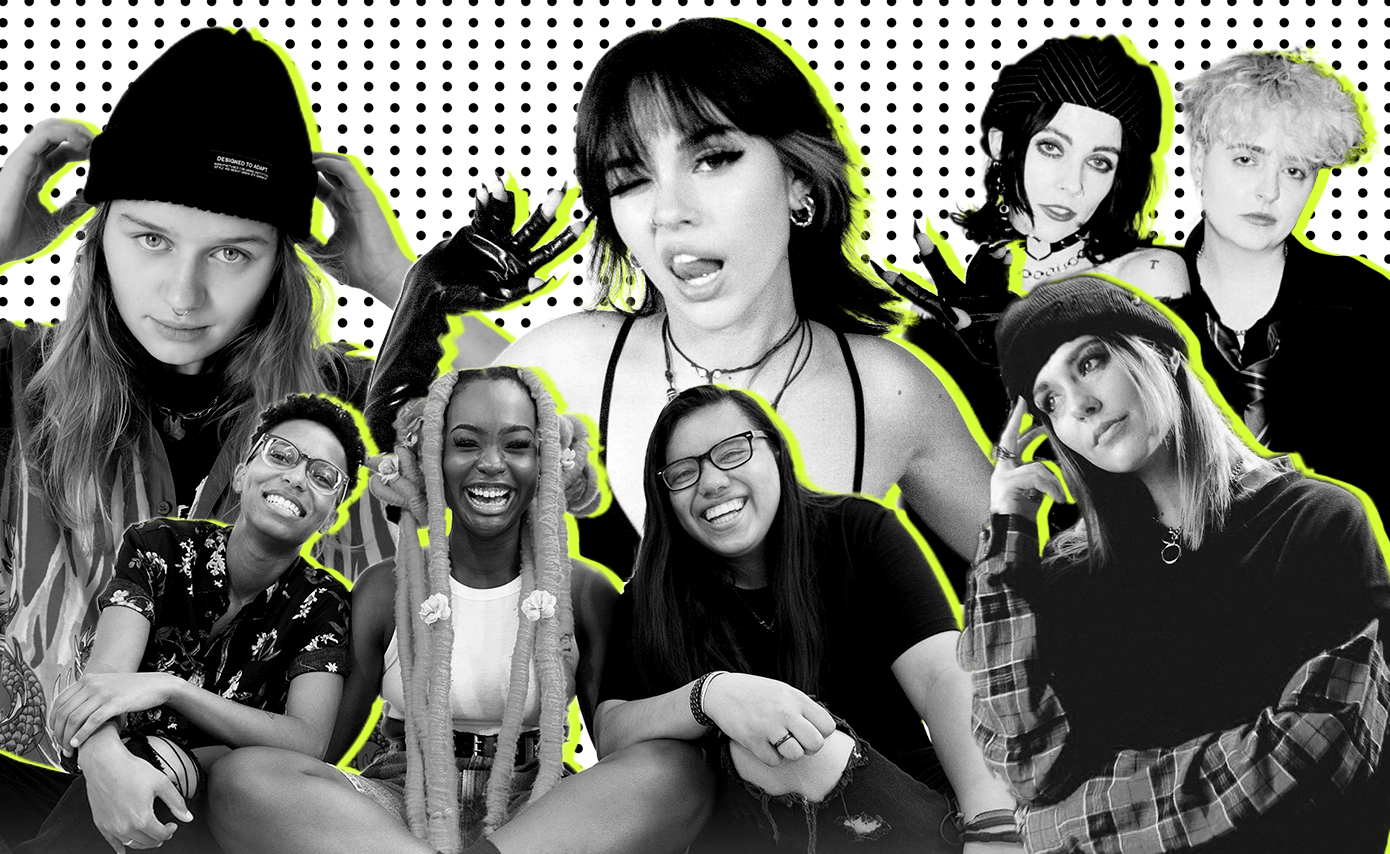 The truth is, there’s no right way to celebrate Pride Month — it’s all about self-empowerment. We’ve put together a collection of our favourite LGBTQ+ artists to show solidarity with their artistry and to spotlight some of the rising stars in the alternative music scene. It doesn’t matter whether you celebrate Pride by going wild or taking it easy and getting stuck into queer literature, this month is about uplifting and supporting others, and our guide of alternative artists emulates exactly that. So, grab your headphones and get listening.

Meet Me @ The Altar

A pop-punk tour de force, Meet Me @ The Altar are the new wave face of the alternative band scene. This three-piece act knows how to pull off a catchy hook, great sounding tracks, and drive home an unforgettable high energy feeling.

Forming in 2015, in different location across the US, Meet Me @ The Altar formed online before meeting up together to put their sound into practice. Now, three years later, this makeshift band have signed to Fuelled By Ramen and received acclaim for their hit tracks Hit Like A Girl and Garden. Edith Johnson (vocals), Téa Campbell (guitar) and Ada Juarez (drums) are pulling off a fresh new band that you have to check out.

Our favourite track: Hate Me (Sometimes)

An Aussie breakthrough act, Stand Atlantic are best known for pulling off killer tracks and their band humour — really, who else would start off with the word ‘spaghetti’? The Sydney band have been ones to watch for a while with their sophomore record, Pink Elephant, cementing their experimental pop-rock tone that has paid off with some of their most successful songs such as Wavelength or Like That. Influences of pop-punk greats (Blink-182, All Time Low) can be found in their music, but it is still remarkably original. Learning lessons from their debut release, Skinny Dipping, Stand Atlantic’s sound has matured to hit a bolder, more creative note as the band have started to find their groove.

Our favourite track: Take It Off

Canadian twins, Mercedes and Phoenix Arn-Horn are the reinvented duo standing behind the rock band moniker Softcult; a tongue-in-cheek social commentary jabbing at the cultural and political groups we often seek allegiance with. The sisters are no strangers to the alternative scene. In fact, they’ve spent a fair share of time honing their craft in their punk rock band, Courage My Love; a band which, gradually, succumbed to languid lyrics and fizzled away as the creative pair sought out a fresh start. Together, the sisters hope to make a change with their new musical direction.

In their debut EP, Year of the Rat, Softcult have shown us what they’re made of. A record centring around reactionary lyrics to big political moments (industry sexism, mental health, and self-acceptance), Mercedes and Phoenix Arn-Horn have carried over an unapologetic ethos of standing your ground. So, if you fancy listening to a band that blends a gritty Riot Grrrl attitude with unquestionably catchy lines, then Softcult are the newcomers to follow.

Switching up her psychedelic soul sound for a grungier alternative era, Willow kicked off this year with a stand out single, Transparent Soul. Although the artist might be new to the genre, the 20-year-old is learning from the best. After collaborating with Bink-182’s Travis Barker and taking a lesson or two from Jada Pinkett Smith’s former nu-mental band, Willow has returned to the music area with a whole new image. Debuting an unshakable angsty sound, it looks like Willow has won the internet (and us) over with her new grunge era.

Our favourite track: Be Sweet

Japanese Breakfast’s Michelle Zauner really doesn’t quit. The star has been keeping busy releasing a new album, Jubilee, launching a memoir, Crying In H Mart, which debuted at No. 2 on the New York Times bestseller list, and is now venturing into the world of gaming. The 32-year-old received acclaim for her first two records which delved deep into her feelings of loss after the death of her mother. Since then, the artist has come forward with a complex technicolour record that unpacks the moments of moving forward from a world anchored so heavily in grief. An incredible record, Japanese Breakfast is a must-listen for any playlist. 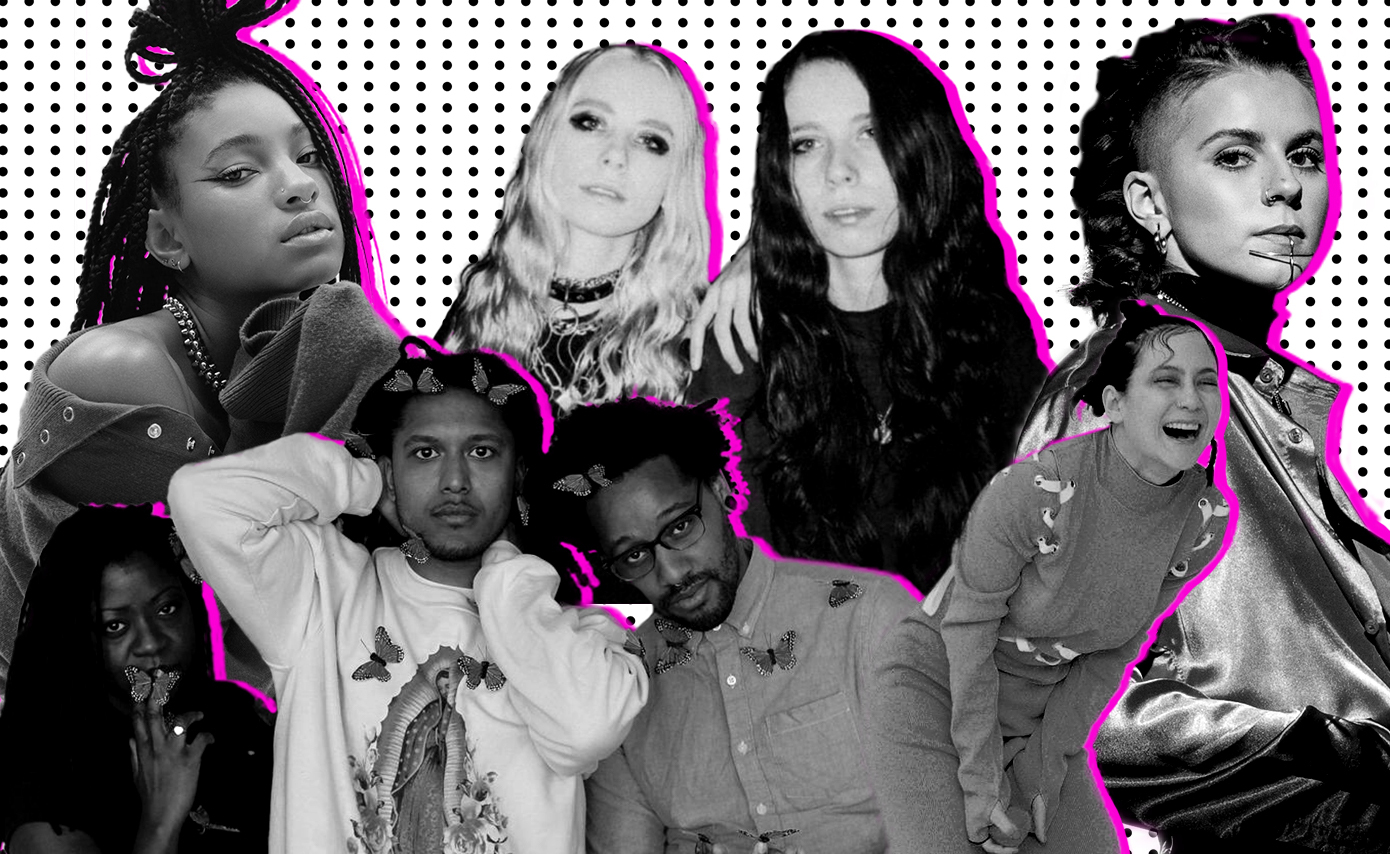 Norwegian singer-songwriter Marie Ulven made a name out of candid, unmistakable queer pop. Leading under the stage name Girl In Red, the 22-year-old quickly rose to the forefront for her indie ballads and upfront lyricism. Her debut album, If I Could Make It, was an immediate hit, even receiving praise from Taylor Swift. A Pride playlist wouldn’t quite be complete without Girl In Red.

Our favourite track: Crash and Burn

A rising social media star, Maggie Lindemann cut her teeth on the internet with the bubblegum pop hit Pretty Girl. Now, 22, the artist has ditched her old look and launched into a new pop-punk heavy sound. Speaking to GAY TIMES, Lindemann summarised her creative transition as having “some pretty dark and sad lyrics”, but was not confined to genre labels: “It also has some really fun production so you can dance and go crazy to it, which is cool”. If you’re a fan of Stand Atlantic or Meet Me @ The Altar, Lindemann’s old school punk-rock feel will fit into your playlist perfectly.

Formerly known as Great Wight, Brooklyn band Proper. are best known for their unfiltered emo-pop that refuses to take the back seat. In fact, the band got their name from how non-POC audiences perceived them. “We got [our name] from white people telling us, ‘You talk white. You talk, like, real proper. One of your parents must be white!'” the band revealed online. In their music, the three-piece does not shy away from addressing intersectionalities and the nuances of identity and expression in music. The band’s sophomore album, I Spent the Winter Writing Songs About Getting Better, digs deep into this sentiment and pulls off some extraordinary tracks. Proper., if anything, are a compulsory Pride Month listen.

Our favourite track: Anyone Else

Starting out a Massachusetts three-piece, PVRIS (pronounced Paris) has become a solo project for singer-songwriter Lynn Gunn. After breaking out with their 2014 debut record, White Noise, Gunn has become known for melding sleek dark synth-pop and rock. An outspoken advocate for LGBTQ+ rights and recognition, Lynn Gunn has been at the forefront of being vocal. Whether it’s through her lyrics or interviews, the 27-year-old speaks to moments of depression, self-confidence and pulling through personal turbulence and taking full control of PVRIS. And her latest project, Us Me, is a culmination of closure and signs of an exciting new beginning.

Venturing on a self-confessed acoustic pop journey, Heather Baron-Gracie and Ciara Doran have been through a few changes. From reckoning with their sexualities to delving into a sophomore album, the Pale Waves duo are looking to start a fresh chapter. The Dirty Hit’s latest record, Who Am I?, sees the Manchester quartet move ahead with being more outspoken on an Avril Lavigne-inspired album. The new record sees Heather, for the first time, open up about being queer and find confidence in her lyrics. A departure from their 1975-style debut, Who Am I? stands tall as Pale Waves’ effort to stand out in their own right. 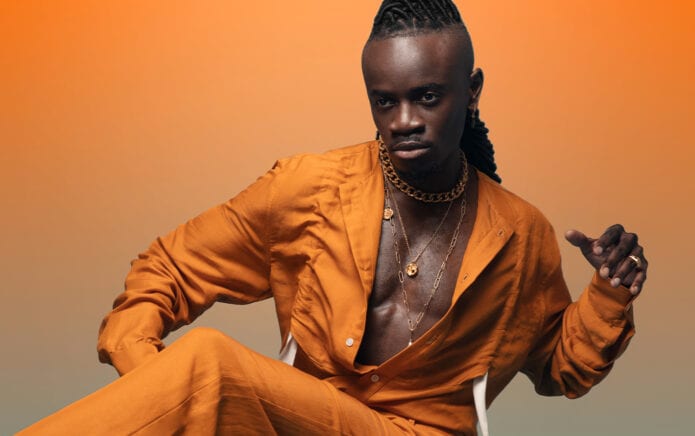 Kwaye on rediscovering himself for his transformational new music

The British-Zimbabwean singer-songwriter digs deep for his new project with spectacular results. 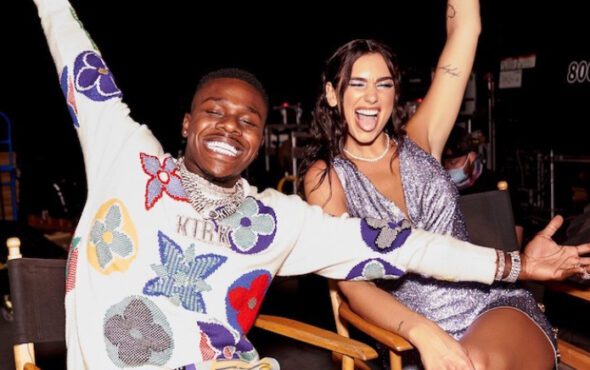