Poppy Ajudha: ‘Social change isn’t for one group of people’

Poppy Ajudha speaks with GAY TIMES about her triumphant debut album, The Power In Us, and using music as a political force. 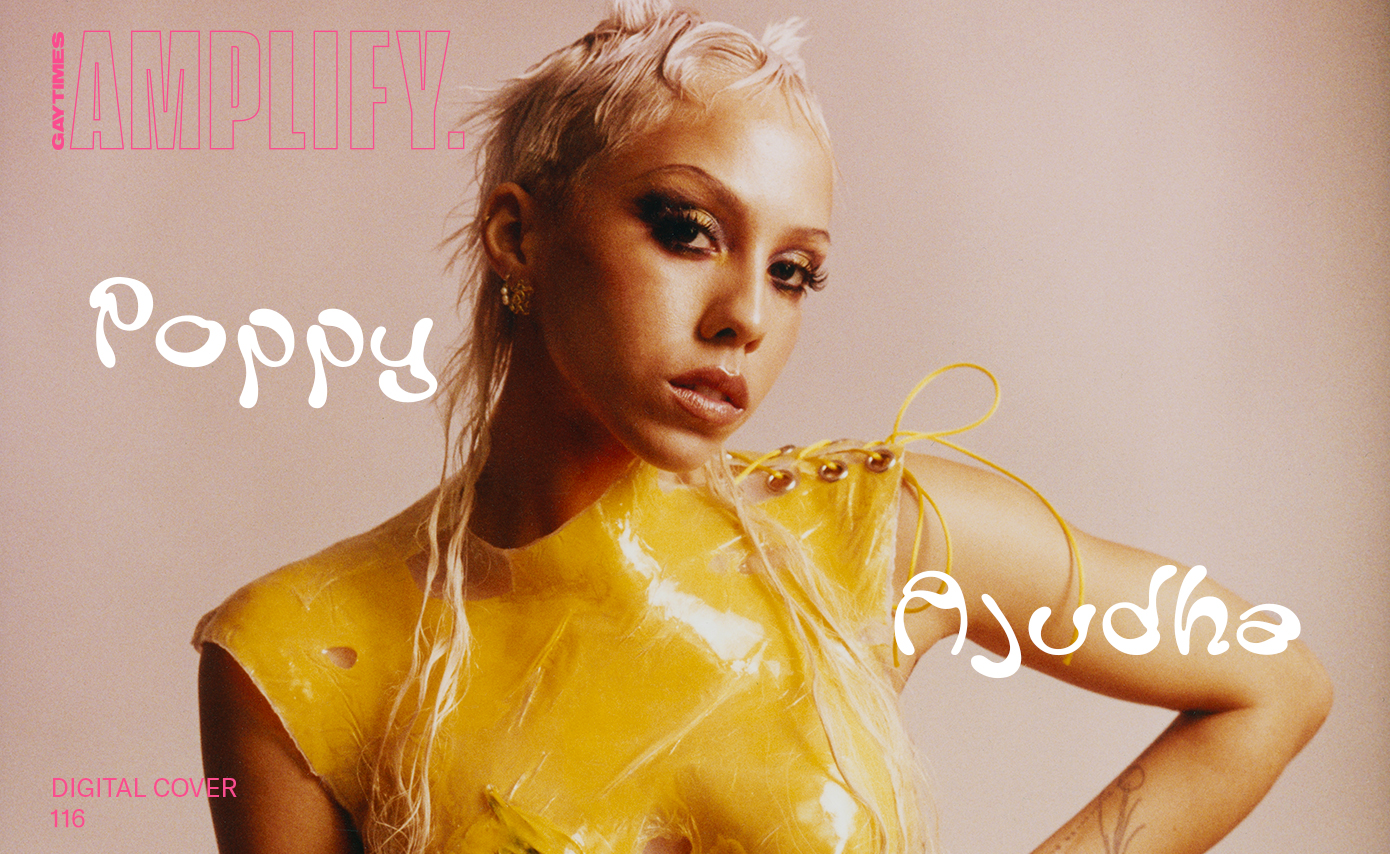 “There is a responsibility that comes with influence,” declares Poppy Ajudha. The South London musician, 25, has made waves in the industry in recent years for her jazzy, intoxicating vocals and politically-charged lyrics surrounding race, gender and sexuality. Her most recent release, PLAYGOD, is a rock-influenced feminist anthem inspired by Alabama’s abhorrent abortion bill that questions a weaponised God complex among men, while its trippy predecessor, London’s Burning, was written in response to Brexit and tackles the legacy of colonialism in the UK. “I’ve never really seen my music as entertainment, which is funny because I think that is obviously one reason that people love music, that it’s entertaining,” Poppy, the youngest of three daughters from a British mother and a St Lucia-born British father, tells GAY TIMES. “Songs can just be fun, but I think the reason that I write music is definitely to put a message across; whether it’s to raise awareness for an issue that I care about or to talk about something that feels taboo. I feel like, if I’m scared to talk about it, then there must be other people who are scared to express it in their everyday life.” She continues: “Music is like therapy for me, it’s always been the way that I’ve understood the world. I think music can transcend spaces in a way that you probably wouldn’t be allowed to do if you were just having a conversation.”

Poppy’s poetic 2017 single, Tepid Soul, examines colourism and the fetishism around mixed race women’s bodies, for which she received widespread critical acclaim. Strong Womxn, which has established itself as a firm fan-favourite in live shows, sees the star toy with the idea of what it means to be a “strong woman” in a male-dominated world. Her triumphant debut album, The Power In Us, continues to explore all the aforementioned issues while expanding on her signature, soulful sound. The first track, WHOSE FUTURE? OUR FUTURE!, includes audio of civil rights leader Angela Davis, paving the way for an album that serves as a call-to-action for LGBTQ+, women and racial rights. “It’s quite intentional for me, when I write the songs, to feel empowering,” she says. “The songs are definitely critical. It’s negative, but how do we change it? How do we do something about it? To me, art has to be that. Not just pose a question, but also work towards a solution. So, I definitely want the album to feel empowering. And, I don’t know, I want people to care more. It’s hard to care in a world where your own life is hard. So, how do I care about anyone else? The only way that we will enjoy society more is if we’re more compassionate to each other, if we’re more understanding, if we’re more open minded, if we find more space in ourselves and to give time to others. That’s what I want the album to encourage in other people.” 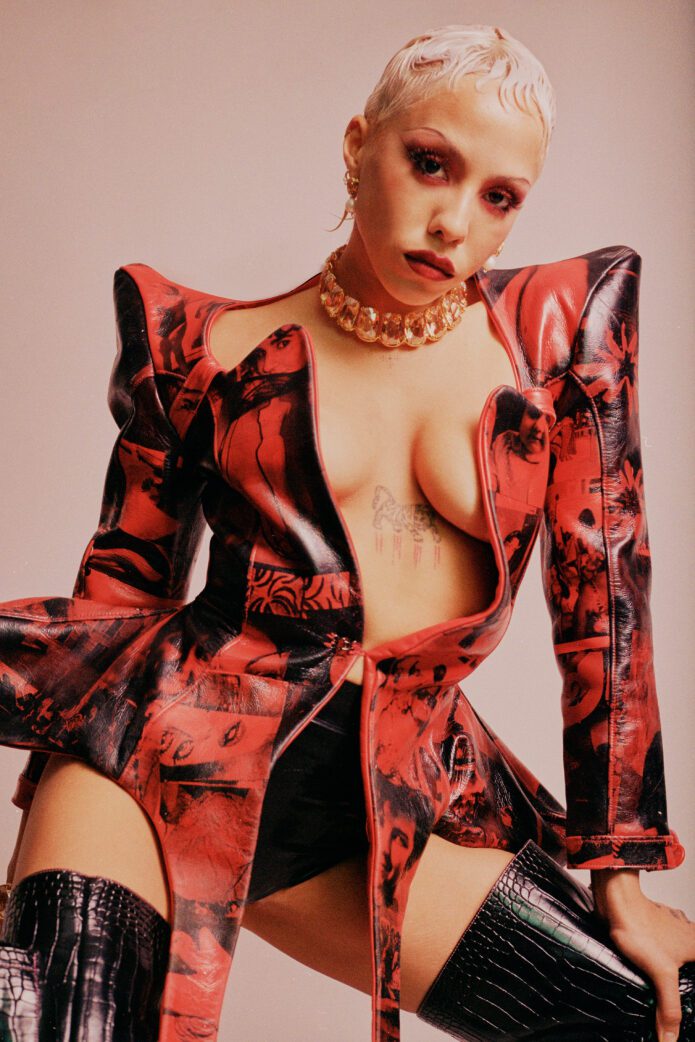 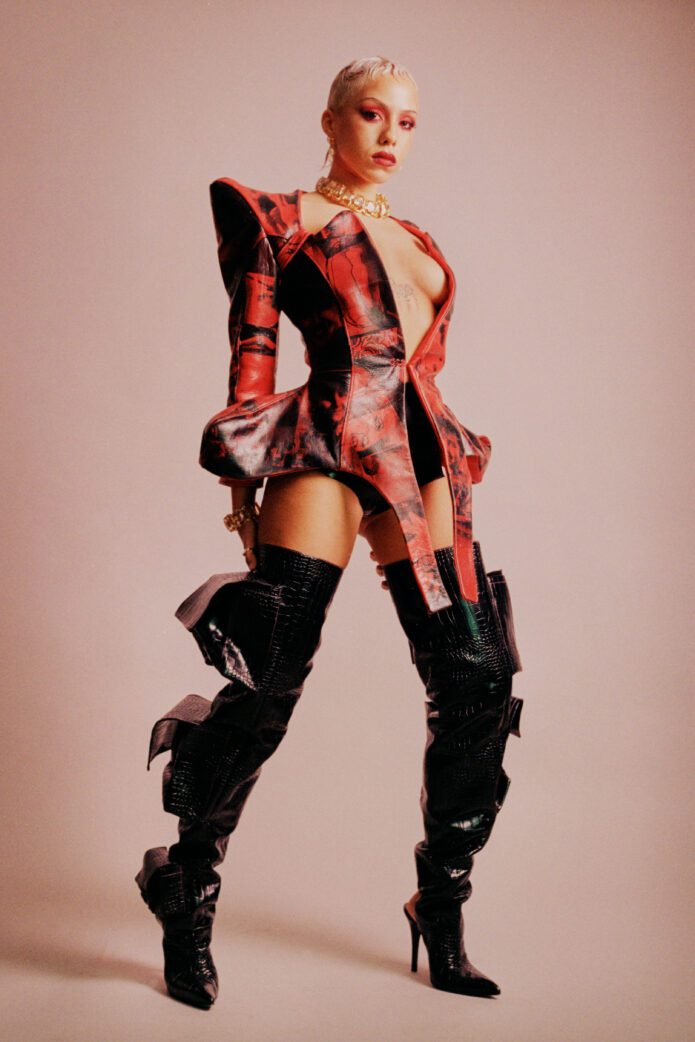 Incorporating politics into her music was something Poppy “discovered later on” in her career. Some of her earlier releases, such as Love Falls Down, Weakness and the Kojey Radical-assisted Spilling Into You, are romantic in nature while her first ever release, David’s Song, is a heartfelt tribute to a friend who passed away. It wasn’t until Poppy went to university where she came to terms with and “really understood” her queerness. “I wasn’t out as a queer person before that point,” she reflects. “I took a gender class where my teacher would just talk about the word ‘queer’ all the time and I was like, ‘Oh, this is normal.’ That was when I started to become comfortable with myself, or comfortable with saying the truth about myself.” As a “light skinned” mixed race woman of colour, Poppy felt like her existence was “ambiguous” and “always up for discussion, which isn’t that helpful when you’re just trying to exist as a person.” She credits Solange Knowles’ widely-acclaimed third studio album, A Seat at the Table, with allowing her to sing about her identity and world issues. “I’ve always been a very opinionated person,” she says. “But, I didn’t feel like I had the authority to speak about it. Why would anyone listen to me? Why is what I have to say valuable to this conversation about queer identity or race or politics? I think it took me seeing other women do those things to be like, ‘Oh, I can talk about this and it’s accepted, it’s celebrated.’” 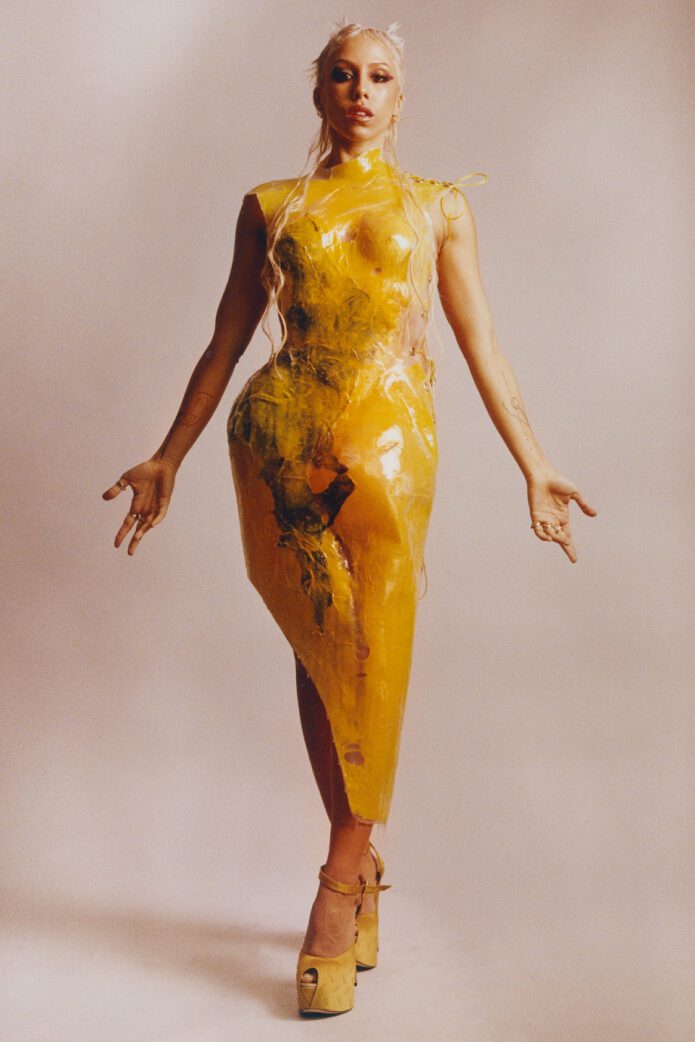 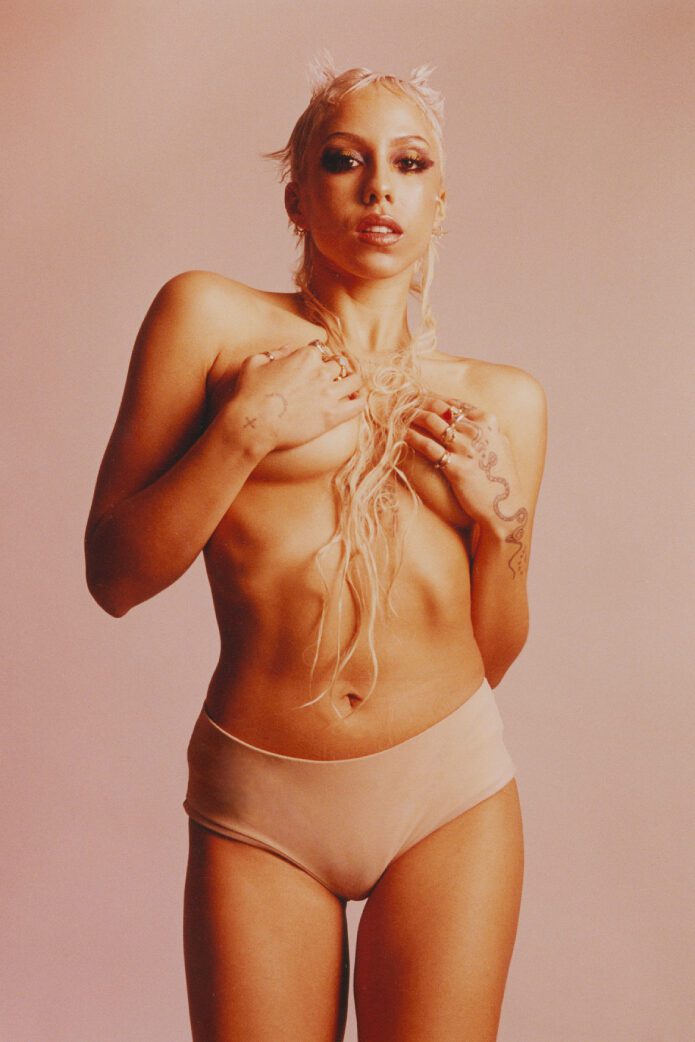 Due for release 22 April, The Power In Us was written over lockdown and “speaks to the chaos” of recent, aforementioned world events such as the Black Lives Matter movement and the various new legislatures targeted at the LGBTQ+ community. Mothers Sisters Girlfriends focuses on the pressure faced by women who are expected to conform to societal norms such as romantic relationships and child rearing, while Demons is a powerful track about mental health and the “fragility” of life. With Poppy’s music speaking to a very specific audience, she didn’t expect her fanbase to be so varied. “Sometimes there’ll be older people at my show, and I’m surprised,” she reveals. “And then sometimes there’ll be young people who are just old enough to be there.” Following her live shows, Poppy would often be approached by men with the intention of discussing topics that she would address in her music. “When I did my first tour, I was quite nervous to sing songs to a room full of men about toxic masculinity,” she admits. “I was really surprised to see a lot of men at the merch desk wanting to talk about toxic masculinity, feminism and how they’re dealing with their relationships.” It made Poppy realise that her music is helping others “think differently”. “It really inspired The Power In Us. There were love songs on the album but I took them all off because I didn’t want to dilute the message. There are many songs about love, and I think love is amazing, but this isn’t what I’m talking about right now. We can’t experience love if we can’t be equal.” 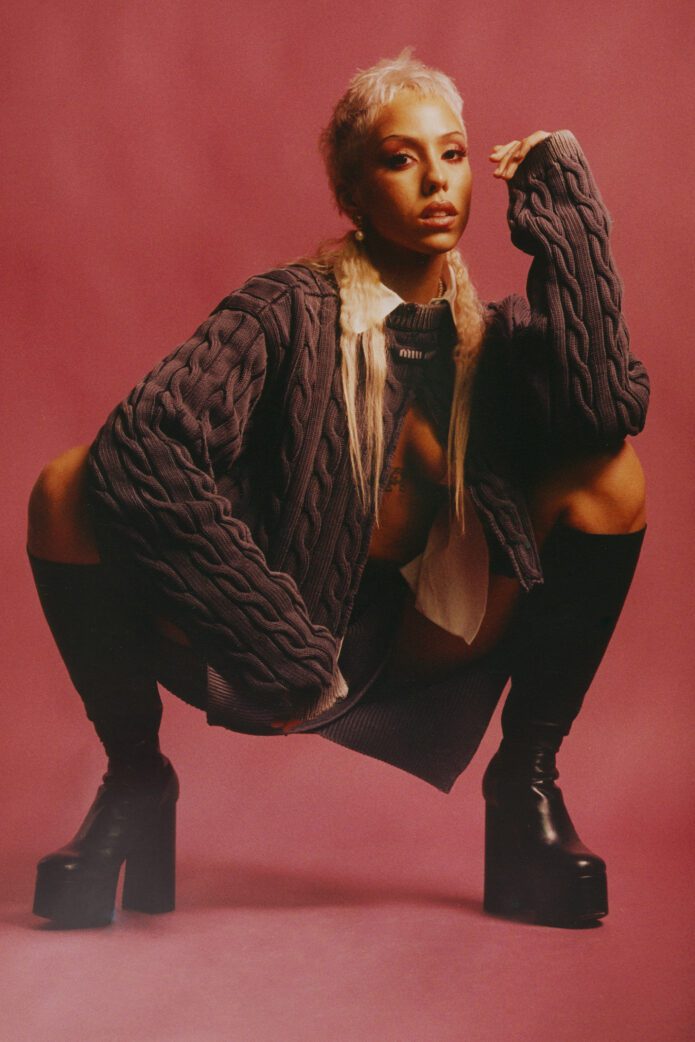 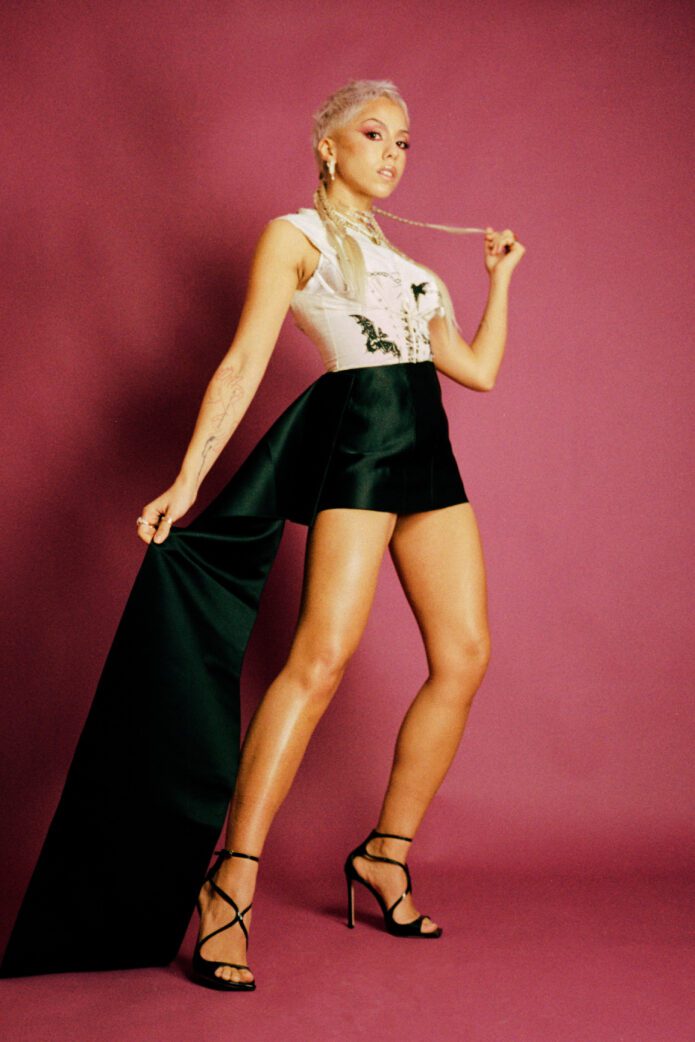 Witnessing this desire to change, particularly from fans who are white cis-het men, has only fuelled Poppy to address the world’s “turmoil” within her art even more. However, she admits that, at times, it’s “overwhelming” for “one person to handle in the era of the internet”. “This world is just so hard to change,” she explains. “We’re just so overloaded with world politics in a way that generations before us weren’t. I think the album speaks to that, the way that we are a global community in a way that we weren’t before.” When we ask Poppy who the album is aimed at, she hesitates before responding: “I don’t know. I think, probably, the album is for young people in the sense that young people are so fearless. I think a lot of youth movements are what change the things that we want to change about the world. A lot of anarchy comes from people who are not yet chained to responsibility.” Although she reiterates that The Power In Us is for young people, she wants it to be accessible for all listeners and to “transcend” age. “I don’t think social change is for one group of people,” she says. “If it can change the minds of people at any age, then it’s doing the right thing.” Poppy adds: “Feminism is at the front of everything I do, but I do really hope that it reaches a lot of men so they can think about things in a different way. We need that.” 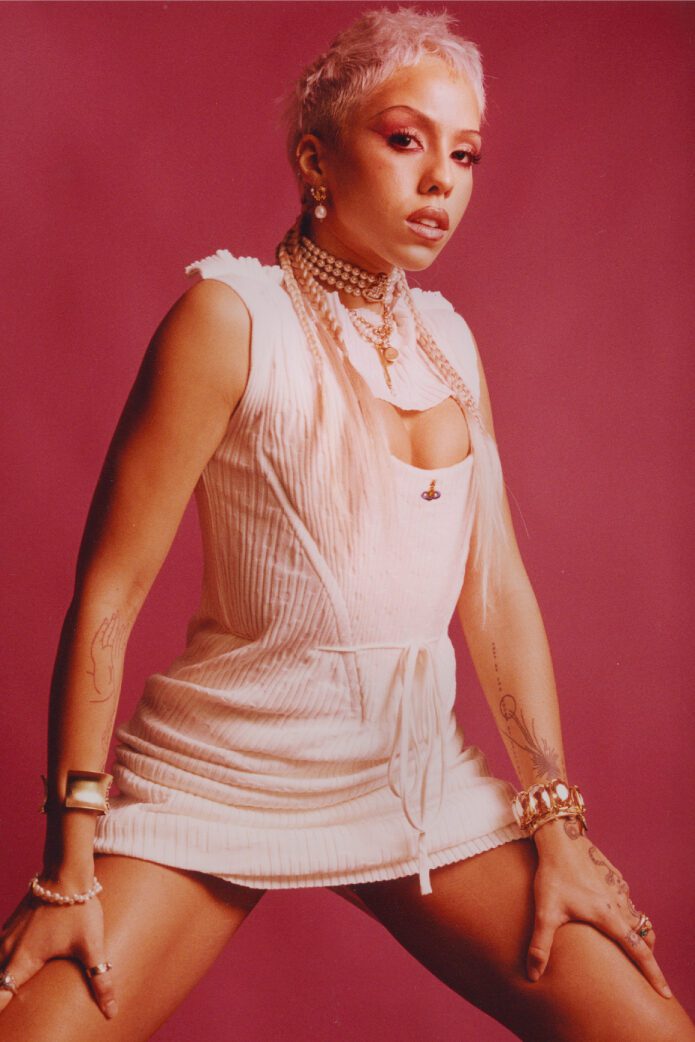 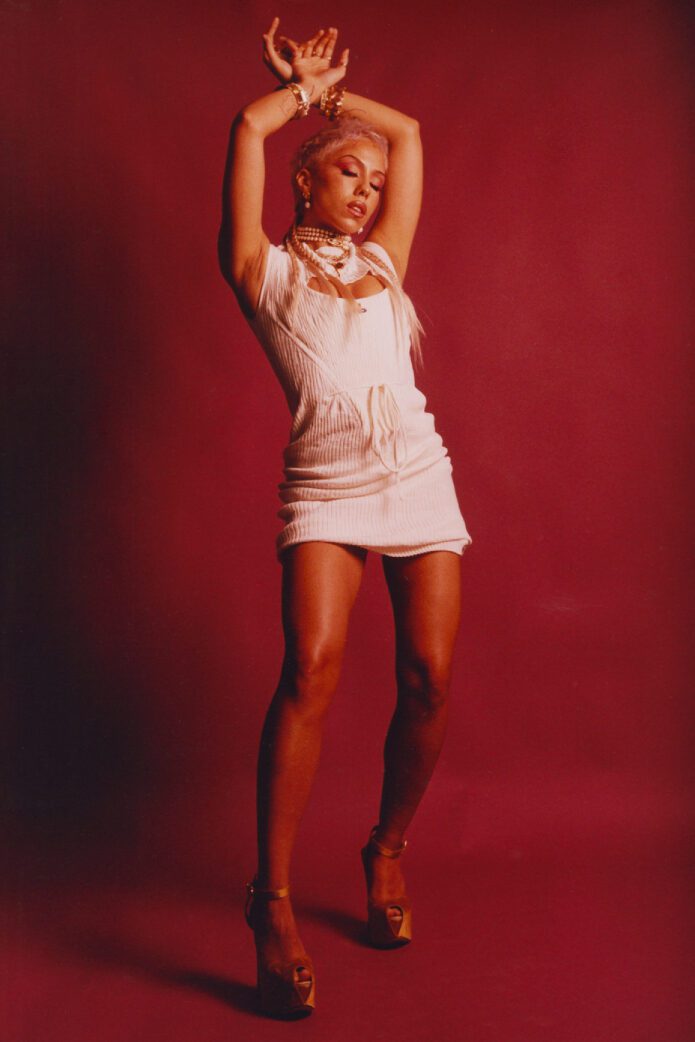 Since Poppy emerged in the industry with her unique blend of soul, R&B, jazz and pop and socio-politically aware lyricism, she has racked up over 20 million streams and toured the UK and Europe; garnering praise from a host of a famous faces such as Jorja Smith, Anderson Paak, Michaela Coel, Lianne La Havas and – wait for it – Barack Obama. (She appeared on his Best of the Year playlist). Over the past two years, she has also supported Mahalia, Jamila Edwards and Kae Tempest on tour and been spotlighted in publications such as Dazed, Vogue and The Fader. With that in mind, Poppy is an independent – we repeat, independent – artist. While signing a contract with a major record label is coveted by many musicians to reap mainstream chart success, Poppy says being independent has “allowed” her to express herself in a way that “I wouldn’t be able to have with a lot of voices in the room.” She explains further: “I think it’s allowed me to really understand my industry and the business sound of my work, and really be in control of my narrative. I think a lot of young women lose that control at an early age when they have a lot of voices from major labels.” Although Poppy says being independent will be a “longer journey” for her, she feels “lucky” to have accumulated all of this experience thus far. “I know about all the elements of my business in a way I don’t think I would know if I had a big major label system from the beginning of my career. It allows me to be empowered as an artist. It allows me to really know what I want.” Under a major label, Poppy says The Power In Us would “be less political”. “I would not be singing songs about abortion rights, that’s for sure! I think it’s important to start my debut album with something that really represents where I’m coming from, then I feel like I can go in any direction from there. But, everybody will always know where I was coming from, which is really important for me.” 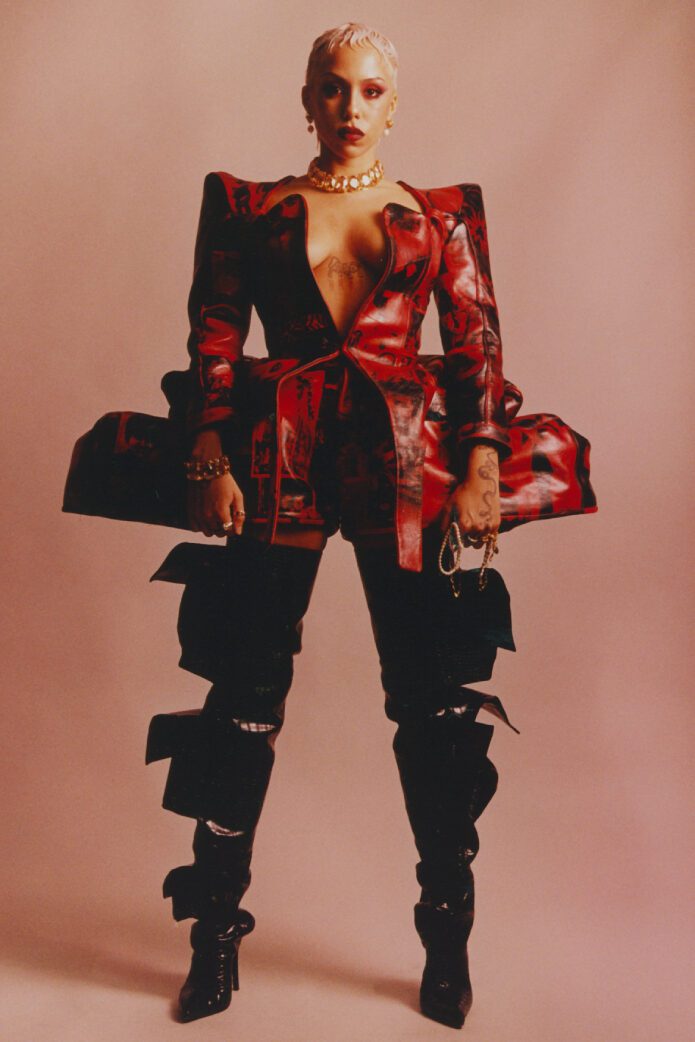 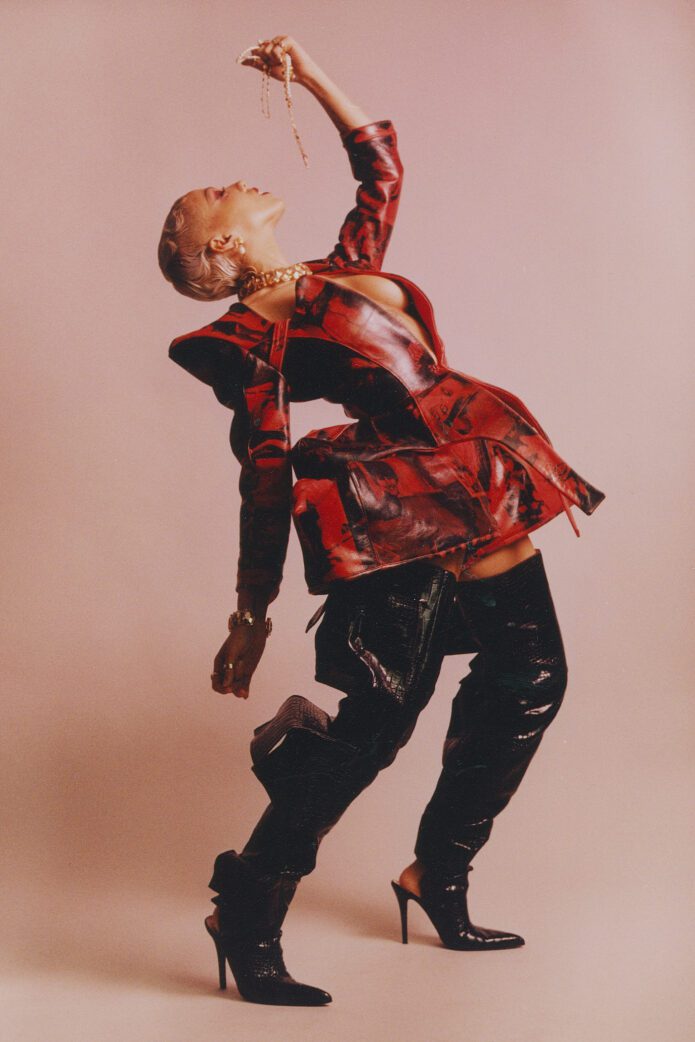 Poppy’s come a long way since writing music in the playground, “running of the shower, literally butt-naked” with the concept of a song in her mind, belting “about love I hadn’t experienced” and stealing her dad’s walkman to listen to Britney Spears while reeneacting I’m a Slave 4 U’s complex choreography. (“I can’t remember a time when I didn’t want to be a pop star!” she adds.) Prior to the release of The Power In Us – which lands on her birthday! – Poppy will embark on her biggest UK headline tour to date, starting in Brussels and closing out in London’s iconic Heaven. She’s already started work on her sophomore album, revealing: “I must have been heartbroken quite a lot because the next album is quite a lot of heartbreak! Everybody’s gonna get that dose of love, I think, with the next album. This one [The Power In Us] is very much like, sort your house out first, then fall in love.” Whether she’s singing about racism, sexism, homophobia or a broken heart, one thing is for sure: Poppy will always use her voice to stand up for what she believes in.

Poppy Ajudha’s debut album, The Power In Us, will be released 22 April. 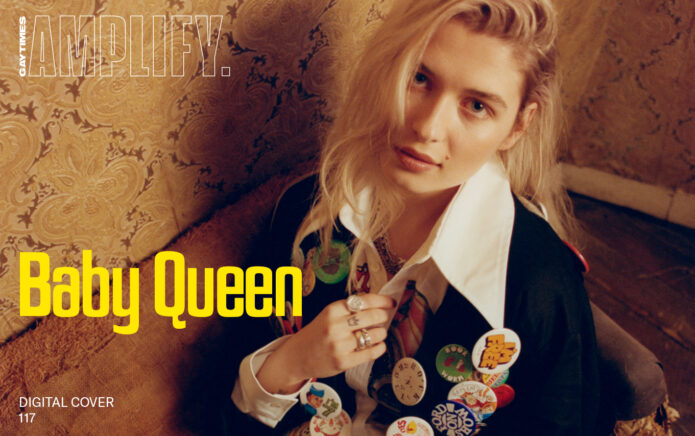