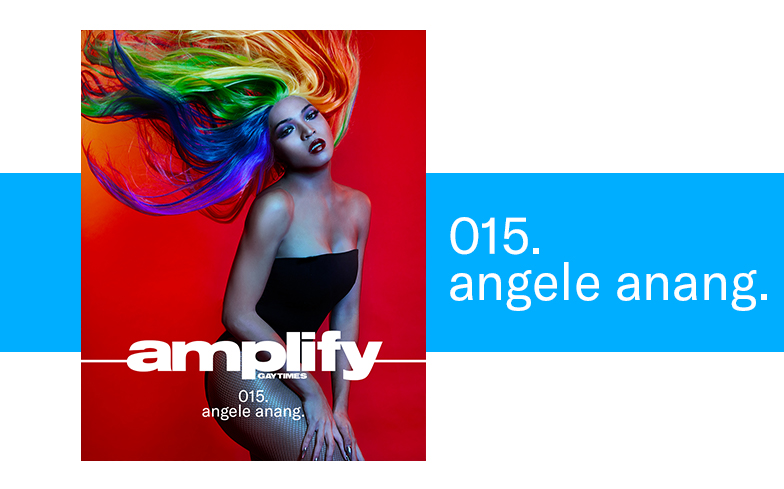 Not only did she win more challenges on a single season than any other contestant, she also became the first openly trans queen to win the show. While the show has featured plenty of beloved trans contestants – from Monica Beverley Hillz to Carmen Carrera, from Jiggly Caliente to Peppermint – Angele is the first to actually take home the crown, which she hopes will “show the world” that trans queens are just as worthy and talented as their cisgender counterparts.

The crowning moment was made even more sweet as just last year, the franchise’s creator and namesake RuPaul infamously questioned whether trans women who had physically transitioned should even be allowed to compete on the show. Following backlash from viewers, the American version of the show invited two openly trans queens back to compete on the show – Sonique on a Christmas special, and Gia Gunn on All Stars 4 – suggesting that restrictions on what a drag queen is, and what they can represent, are finally being eroded. With Angele’s win, the future looks bright for inclusivity on Drag Race.

“I think it’s a really good sign for the trans community,” she tells us. “I won this because of my ability, ambition and commitment. I believe that no matter how big or small, it will inspire our transgender community, and also the people that are still fighting for their lives too.” She hopes that her success will inspire others to follow in her footsteps. “To all my trans sisters, I want to tell you that if you want to compete [on Drag Race], don’t doubt yourself. Believe in yourself and believe in your talent.”

To celebrate her historic achievement, and to welcome a brand new addition into the Drag Race Hall of Fame, we asked Angele what her win means for the queer community in Thailand and around the world, whether she would compete in a worldwide edition of the show, what she would say to those who still think trans people can’t be drag queens. Congratulations on your win! How do you feel?
I’m feeling so happy! It was incredible, and I am so honoured and grateful to be a transgender person who won the competition and to be able to represent our community. It’s so overwhelming to be that person.

What inspired you to audition for the show?
I personally love RuPaul’s Drag Race and the drag queens who have been on the show, and this was an opportunity to show that they will let every gender join in the competition. It was a great opportunity and the chance to show the world that a transgender person can do all these creative, arty things just like everyone else can.

What moment of the series are you most proud of?
The crowning moment of course! At that time I was like, ‘Yes, I made it’. Of course, the other episodes that I won, too. I was so proud of myself that I could make it through every test. I have so many beautiful memories of being on Drag Race Thailand. I’m so happy that I met all the other queens. It’s not a coincidence. It’s destiny that we met. I’m so proud to be one of them.

You became the first contestant in Drag Race HERstory to win six challenges on a single season – that must be something you’re pretty proud of?
Yes girl. Actually, I didn’t know about all that stuff until someone just told me recently. When they let me know I was like, ‘Really? Oh okay!’ Yes, I’m so proud of that. I didn’t know that I could win so many challenges. But I am so happy with what I did. What does it mean for the trans community to have a trans queen win Drag Race?
I think it’s a really good sign for the trans community. I won this because of my ability, ambition and commitment. I believe that no matter how big or small, it will inspire our transgender community, and also the people that are still fighting for their lives too.

What advice would you give for other trans queens who hope to compete on the show?
To all my trans sisters, I want to tell you that if you want to compete in the competition, don’t doubt yourself. Believe in yourself and believe in your talent, but also prepare for the pressure, because they’re going to challenge you like a crazy commander soldier, and that will make you a better person when you pass through the other side.

And what would you say to those who think trans people shouldn’t do drag?
Well, I just won the competition! I think everyone has the right to do what they want to do. The drag community is getting bigger and bigger now because all people – man, woman or transgender – can relate to it and they love it, that’s why they’re doing it. They just want to be happy through this art form. You cannot tell people not to be happy. That’s a sin. It’s not good. Just let people join together. Be in the company, be in the community, and be united. Only good things can come if we open up and understand each other.

If there were ever a Drag Race America and Drag Race Thailand crossover, would you return?
Umm… I’m not sure! But if there were many Queens from America joining the competition, I might be there. It would be fun. What would you say is one of the biggest differences between Drag Race US and Drag Race Thailand?
I think it’s all about sisterhood. In America, Drag Race is more like a real race; they’re fighting, throwing shade, facing off with one another. But in Thailand we try to compromise with each other. We’re just doing what we do, and we try to make it fun and entertain people. We still have some issues in our scene too, but it’s not as big as in America. And the other thing is about gender. It is so clear from season two of Drag Race Thailand that we are open to everyone. I think this is the biggest change in Drag Race history, achieving real equality.

What can we expect next from Angele Anang?
Actually, I would love to try for a real acting career, like in a TV series or a movie, so I’m looking for more connection from the international, worldwide community. I am still in the live show industry, but I want to go and perform around the world, so I hope to see you guys very soon!