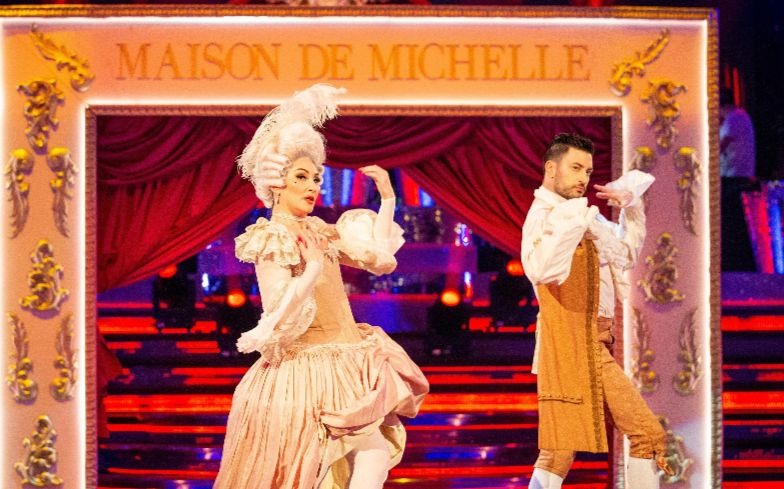 Michelle Visage was truly the queen of the ballroom tonight.

On last night’s show, Strictly made its annual pilgrimage to the Blackpool Tower Ballroom, and really delivered. All of the couples performing delivered a dance that showed them at, or at least near, the peak of their dancing ability, making this one of the best Blackpool specials since the finals used to be held there.

Last week, something went horrifically wrong with the voting. Of course Mike Bushell deserved to be in the bottom two and sent packing after four consecutive weeks in the bottom two. It was who he was up against, however, that made no sense.

Despite slaying her dance, and overall being second on the leaderboard, somehow icon Michelle Visage ended up in the dance-off against him. And it made literally no sense, as Michelle did a really strong dance, that showed off all of her assets, and yet she still tumbled all the way down the leaderboard. Hopefully, sense returned when the public voted last night.

Once again, in our poll, Michelle Visage slayed the results, receiving 70% of the votes. Other high scorers were Kelvin Fletcher and Saffron Barker, who both received 12% of the votes, and Emma Barton managed to score 6% of the vote as well.

And if you want to vote for your favourite dance from last night’s show, you can do so by following this link.

And last week’s Remembrance Show also featured a touching moment, as professionals Kevin Clifton and Gorka Márquez briefly danced as brothers in the emotional routine. It was a beautiful bit of same-sex dancing.

The show, as usual in Blackpool, opened on a big group routine featuring both the celebrities and a myriad of professional dancers, but in the grand scheme of things, it was an ultimately forgettable Blackpool number when compared to other opening routines.

The show opened on Chris Ramsey and Karen Hauer dancing the salsa. With Mike’s exit, Chris is now the weakest celebrity dancer left in the competition, and although in opening moments his hips looked to be on holiday, as Motsi would say, in his group section he genuinely didn’t look out of place with the professional dancers. That said, the 33 did seem a bit high for the routine.

EastEnders star Emma Barton was next, and for the first time since her paso doble she really came into the routine. I found her to be incredibly enchanting, other than a facial expression which looked forced, and after 17 series, Anton du Beke truly did deserve his first 10s.

They were followed by Alex Scott, who delivered an incredibly powerful routine, before Kelvin Fletcher wiped the dance-floor clean with his sensational jive. I thought Kelvin might’ve plateaued, but this jive has shot him right back up in my estimations.

YouTube star Saffron Barker performed next, and like always she delivered a watchable routine, but at no point did I actually feel wowed by her. She danced the moves well, but it’s not a performance that I’m dying to go back and see.

Next up was the icon who is Michelle Visage, who did her street routine to the one and only Vogue by Madonna. And she vogued sensationally. But not only was the dance incredible, but so was the sentiment that she danced it to. In her video training segment, Michelle tearfully spoke of the meaning that the LGBTQ community had to her, and paid tribute to her own daughter’s, Lillie, queer identity. I’m no dance expert, but Michelle should not have been below Chris on the leaderboard.

The show ended on CBBC star Karim Zeroual, and he delivered a sensational Charleston. He slipped up during the Viennese waltz last week, but this dance was him at his best, as he delivered all the energy required for the dance and more so. If ever a dance has suited a celebrity, it was Karim and the Charleston.

However, given that at she’s at the bottom of the leaderboard, and has been in the bottom two despite a high place on the leaderboard, we should be worried about Michelle Visage. Chris Ramsey, Alex Scott and Saffron Barker are also all in danger, but I feel that Emma Barton, Kelvin Fletcher and Karim Zeroual should be safe.

With all the sentiment from her routine, you can watch Michelle’s incredible Vogue below, or by following this link, and you can also watch Kelvin’s dance below or by following the link. And you can vote in our poll for your favourite dance by voting here.

Strictly’s next live show is next Saturday (23 November) at 19:00 on BBC One. And if you still need Strictly magic in your life Strictly: It Takes Two will be on every weekday at 18:30 pm on BBC Two, and 18:00 on Friday. 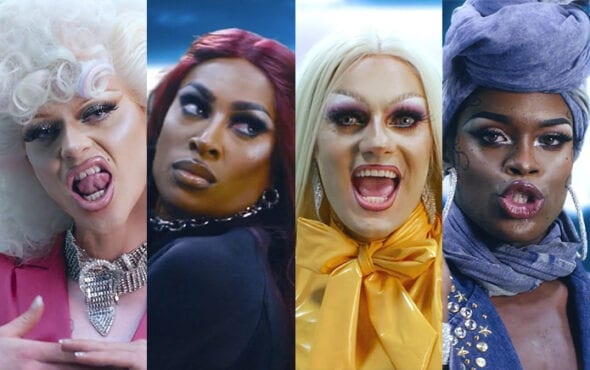